Asbestos is a generic term applied to some mineral silicates of the serpentine and amphibole groups, whose characteristic feature is to crystallise in fibrous form. 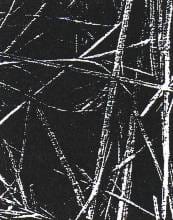 There are many members of the family – common among these are blue asbestos (crocidolite), white (chrysotile) and brown or grey asbestos (amosite). Other forms of asbestos include anthophyllite which was used mainly in Finland. However tremolite, said to be part of the amphibole asbestos group, was used in some commercial talcs in small quantities and is also a contaminant of other asbestos types, e.g. chrysotile (white asbestos).

The three most common types of asbestos that were mainly used in a wide range of products are:

Until the late 1960s, the Australian industry used both serpentine (75%) and amphibole (25%) asbestos. Subsequently, the use of chrysotile increased to approximately 95% whilst blue and grey asbestos declined to 5%.

Asbestos is one of the most useful and versatile minerals known to man mainly because of its unique properties, flexibility, tensile strength, insulation (from heat and electricity) and chemical inertness. It is the only natural mineral that can be spun and woven like cotton or wool into useful fibres and fabrics.

The importation of Asbestos ceased at the end of 2003 however, there will be limited exceptions for the approved use of asbestos products in highly specialized industries.

Some Deteriorating Asbestos Products (below)

Most homes built before the mid 1970’s contain asbestos in some form, and in fact asbestos building products continued to be used up until the early 1980’s. Asbestos was easy to work with, was affordable and had the added quality of being heat resistant.
There are more than 3000 applications of asbestos use – the result is that workers have and are exposed in virtually every occupation, and most homes contain asbestos in some form.

Asbestos was often sprayed onto ceilings and walls for a variety of purposes, i.e. decorative, etc. It was also used as a form of insulation around the pipes behind radiators or wood-burning stoves. Asbestos was also used in Vinyl floor tiles and their backings, roofing, eaves, shingles, some plaster and paint. Many routine repairs, renovation and maintenance activities – even putting in a new heating system – can disrupt asbestos, releasing millions of fibres into your home, school or office.

Asbestos cement products such as roofs and cladding contain as much as 11% to 20% of chrysotile and 5% to 10% amphibole asbestos (crocidolite or amosite). As a result of the continuing exposure to meteorologic influences such as rain, sunshine, wind and frost, as well as to industrial atmospheric pollutants, the surface of asbestos cement products corrodes and weathers.

Thus, cement particles and asbestos fibres are released from the surface and disperse in air and rainwater.

Common Domestic Applications of Asbestos are:

Please seek professional advice on handling Asbestos around the home from your Local Authority or Department of Health or ring the ADSA on 1800 646 690.