Can One Asbestos Fibre Kill?

Can One Asbestos Fibre Kill?

Excerpt from the 1994 Parliamentary Report of the Select Committee appointed to inquire into Wittenoom – Can One Asbestos Fibre Kill?

Typically, an epidemiological dose/risk relationship is based on dose data that is in the mid to high range, and low dose/risk relationships are arrived at by extrapolating this data downwards. Although a high ri.sk may exist at a high exposure level and half the risk may exist at half the level, this does not necessarily mean that there is one hundred thousandth of the risk at one hundred thousandth of the dose level. (12)

Logically, extrapolated down to the minimum, the absolute minimum dose is one fibre because there cannot be a dose less than one fibre. Epidemiological theory states that there is no lower limit to the risk. Although the risk at the one fibre level would be very low it would not be zero. (12, 13)

Also, fibre-carcinogenesis theory holds that bits of DNA are knocked out of chromosomes by fibres and there is no doubt that all forms of asbestos fibres can do this. (13) This process can change the DNA leading to the potential for mutation of cells and thus cancer. Therefore, there is no lower limit to the risk. (12)

It is a theoretical possibility. I reckon that is the best way to look at it. Theoretically it is possible that one fibre could negotiate the airways, end up in an alveolus, migrate to the plural surface and damage one of those mesothelial cells in such as way as to tum into cancer. But there are such a lot of things that could happen to that fibre on the way. And then when it gets there the chances of it actually doing the right sort of damage to cause mesothelioma are so small that it is really not a practical risk but it is a theoretical risk. And ultimately, probably, it is one of the fibres out of all the millions that people inhale that does the damage. They do not all do it together. It is only one of them that probably does the damage. (23, p.16)

Although some groups subscribe to the theory that one asbestos fibre can kill – and in theory this is possible – there will be a practical level of exposure below which it will be impossible to detect increased risk of asbestos related diseases. So, although epidemiological and fibrecarcinogenesis theory both hold that one asbestos fibre can kill, scientific opinion is that this theory cannot be supported on the evidence presently available. (I, 12)

The “one fibre theory” as an academic exercise suggests that it is ultimately one fibre that will give rise to mesothelioma. In Wittenoom, however, the one fibre theory is irrelevant as there are thousands and thousands of fibres. Even if people are exposed to low levels of say 0.001 fibres per cubic centimetre of air, this accumulates to a substantial amount of fibres that will be inhaled on a daily basis. (14, 28) 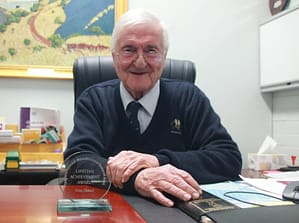