The Wittenoom Tragedy In Summary 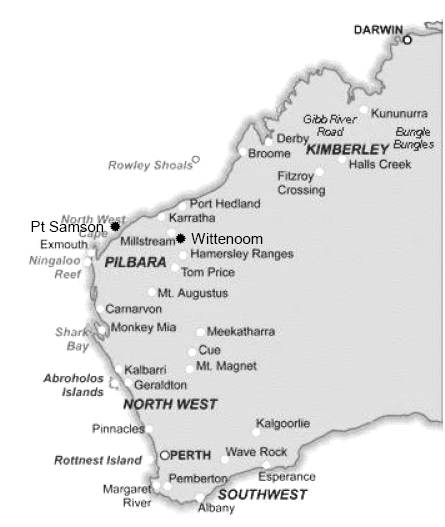 Wittenoom Blue Asbestos Mine and Mill (below)

There is absolutely no question that CSR knew that asbestosis and cancer were extremely likely results of working in conditions such as those they permitted in Wittenoom. (CSR’s knowledge was established in the Victorian and Western Australian courts through the judgements of asbestos-caused injury litigation).
During the mining operations, more than 20,000 men, women and children lived at Wittenoom. Some of the workers sent there were part of the Commonwealth Government policy to place new migrants for a period of two years in any work situation.

Dr Jim McNulty AO visited Wittenoom milling and mining operations between 1957 and 1962 in his capacity as a chest physician, mines medical officer.

In 1962 Dr McNulty diagnosed the first mesothelioma case in Australia in a worker employed at CSR’s blue asbestos mine at Wittenoom. Upon diagnosing this first Australian mesothelioma, Dr McNulty personally explained its significance to CSR’s subsidiary management (Australian Blue Asbestos Pty Ltd) stating “that the relatively short period of exposure to blue asbestos confirms the impression that these tumours may arise after transitory exposure to crocidolite." He also sent them a copy of his paper describing the case which was published in the Medical Journal of Australia.

Dr McNulty is adamant that CSR was always aware that if it continued to run the mine without adequate dust suppression, they could be endangering the Wittenoom mine and mill workers to a very grave degree.

One of the strongest warnings was given in writing to CSR’s consulting doctor, Maynard Rennie, by West Australian specialist Dr Bruce Hunt on September 25 1961. He wrote, “It would obviously be much more satisfactory if the company (CSR) itself took the necessary action – which I suggest should start with an inspection by yourself and by a well qualified ventilation engineer. After examining the evidence which has been produced for you I find it very difficult to believe that a reputable public company (CSR) could remain in its apparently self satisfied state and continue to allow the asbestos mining industry to go on killing men unfortunate enough to be employed in it. If however the present situation is to remain unaltered I feel it my bounden duty to bring the matter to the personal attention of the Premier."

In 1962 the matters of poor hygiene and excessive dust at the CSR Wittenoom mine and mill were brought to the attention of Premier and Cabinet of the day. Sadly, no action was taken because apparently CSR threatened to close the mine if additional restrictions were to be placed upon their mining and milling of blue asbestos at Wittenoom.

It would appear that despite the many warnings from doctors and mining inspectors, CSR continued to run the mine and milling operations with little regard for dust suppression, which is now considered to be the reason for many premature deaths of former Wittenoom workers many years later.

During the 1970s Dr Janet Elder, Senior Chest Physician at the University of Department of Medicine at Sir Charles Gairdner Hospital, was horrified by the speed with which the new cases of mesothelioma and other asbestos-caused diseases were developing amongst the former Wittenoom workers. “The dreadful tragedy," she recalls, “was that so many of its victims were very young and very fit when they went there [Wittenoom]."

CSR blue asbestos mining and milling at Wittenoom has had a significant impact on all Australians. Western Australia in particular has the highest rate of malignant mesothelioma than any State in Australia or elsewhere in the world per capita of population.

In response to CSR’s notice of closure of Wittenoom mining and milling operations, the Hon. Charles Court, Minister for North West at the time made the following statement to the press on the 1st December 1966 : “This is not the end of Wittenoom. It is the beginning of a new phase in its history.”

The Hon. Sir Charles Court was absolutely right and more than 2000 Wittenoom asbestos diseases deaths are the corroborating factor.