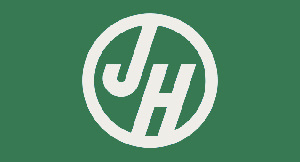 The Asbestos Diseases Society of Australia would like to extend their gratitude and congratulations to Christine Parkin and her family for their bravery and commitment to justice for victims of asbestos related diseases. It is interesting to note that James Hardie Industries defended the first asbestosis case in Sydney in 1938… 82 years later they are still fighting victims.

Christine joins a unique group of fighters following in the distinguished footsteps of early asbestos disease campaigners like Peter Heys and Tim Barrow who battled CSR in the 1980s with the knowledge that it has been known since the beginning of the 20th Century that asbestos dust is capable of manifesting crippling asbestos diseases amongst those working with asbestos.

A Perth woman suffering from terminal cancer caused by her exposure to asbestos on a home building site has been awarded more than $1 million in damages.

Christine Parkin, 63, was exposed in the 1970s and 80s while helping her father build an extension to their home using cement sheets made by James Hardie Industries.

Previously fit and healthy, she was diagnosed with mesothelioma last year after experiencing pain in her chest and fatigue.

Doctors estimate Ms Parkin, who is cared for her by sister and requires constant supervision, has just four months to live.